Come and join us on one of our daily Mt Biking tours to this great park!

Here is what Australian Geographic say… 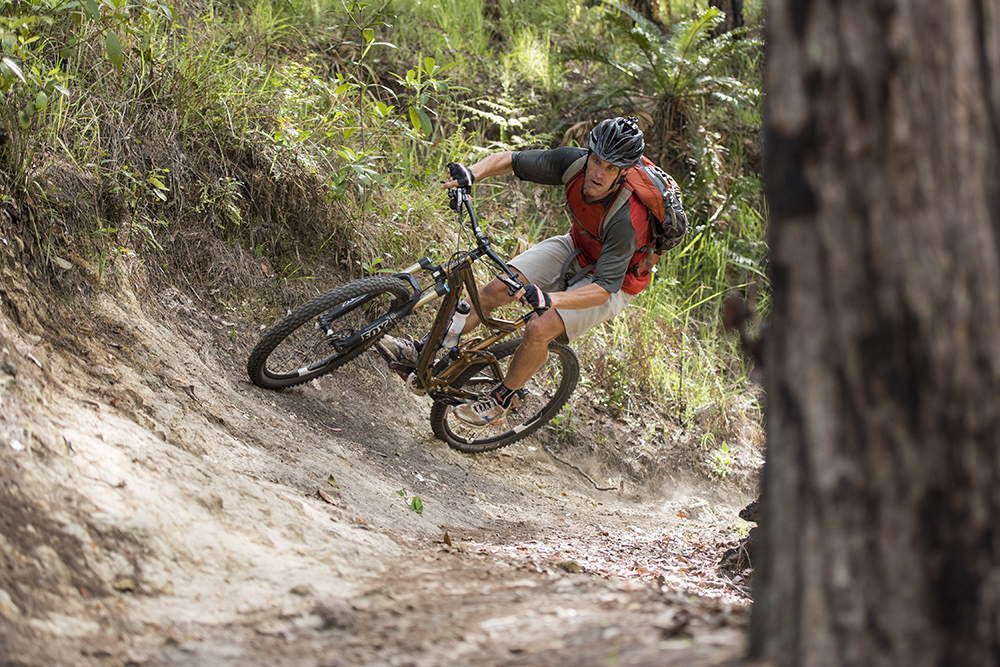 Tropical North Queensland might seem like an unlikely mountain bike hotspot – after all, it’s a billion degrees and 100 per cent humidity half the time, and the jungles are seething with things that can kill you – but Cairns and the surrounding region has become a booming mountain biking destination.

A spate of investment and trail building has brought the domestic spotlight and international attention to Cairns in a huge way – the World Champs return to Cairns again in 2017, and there are trails proliferating like mould in a backpacker shower block. And it’s not just Cairns itself that’s flourishing, but the entire region, including the very special town of Atherton, perhaps one of the most underrated gems in Australian mountain biking.

You’ll find this cruisy township an hour’s drive inland from Cairns, up on the tablelands, 800m above sea level. As you head up the hill, the vegetation thins out and humidity drops off, and soon you’re surrounded by a lumpy volcanic landscape, banana plantations, cattle stations, and rambling wooden pubs.

Atherton itself has none of the glitz of Cairns – it’s just 7000 folk, keeping it low-key, and harbouring one of Australia’s most sensational trail networks in Australia, the Atherton Mountain Bike Park.

Atherton has the exact bones needed to build a successful mountain bike town: a great climate, sensational terrain, and an opportunity to plug a network of trails directly into the town itself. With the recent opening of a new trailhead (with change rooms and bike wash facilities) right on the main street, and a new link trail out to the network, the riding is more accessible than ever – roll from the coffee shop into the singletrack, and back out to the pub a few hours later, all on purpose built trail.

A mix of trail builders, including two of Australia’s most reputable trailsmiths, World Trail and Dirt Art, have contributed to Atherton’s staggering 55km-plus trail network. Most of the riding is absorbing flow trail, best suited to cross country or trail bikes – there’s nothing technical enough to require a long-travel bike, but the fast surface will keep you on your toes.

The easier trails all fall in the lowlands, and the intermediate trails cloverleaf off, taking you way out into the hills. It’s a smart layout that’s ideal for groups of mixed abilities – everyone gets in a good ride. The official trail maps are numbered and highlights include the bobsled descent of Trail 9 and the epic Trail 12, which loops off onto a life-changing descent and a scenic, gradual climb that takes you to the park’s highest point. For shorter loops, climb up to The Roundabout, and link up Trails 6 and 7.

All up, Atherton has more than enough riding to keep you knackered for at least a couple of days, especially if you whack in a day trip to the nearby trails of Davies Creek too. While the climate is generally milder than Cairns, summer is still a steamy affair (it is the far north after all), so be prepared for a bit of a sweatfest in the warmer months.

The whole Tropical North and Cairns region is undergoing a huge MTB resurgence at the moment, with more than 700km of trails now documented, and Atherton is just one gem in a superb region for riding. Maybe it’s time to migrate north for the winter and take a look? – Chris Southwood

This site uses Akismet to reduce spam. Learn how your comment data is processed.